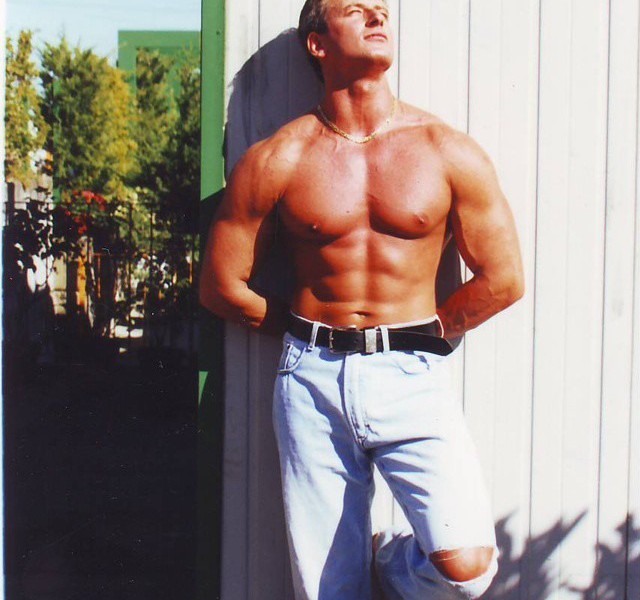 Autobiography – Roberto Eusebio – I was fifteen years old when the attending physician advised me, indeed forced me to go to a gym (there were no fitness centers yet).

I weighed 59 kilos, for a height of one meter and eighty centimeters; I had a kyphotic attitude, with anteversion of the pelvis and a scoliotic curve of the spine began to accentuate: in short, that type of man defined as an “invertebrate” … ironically but it’s true I had serious problems! Friends called me thin!

I was a very insecure, introverted boy, I did not adore team games as I was structurally and psychologically weak, therefore very fragile.

My introversion led me to an insecurity that limited the opportunities that life could offer me, in fact, I studied, read, watched TV, this was the maximum physical activity I did ..

Watching TV, in the years 1981 – 1985, I began to appreciate those physicists that the bodybuilding circles and the cinema offered us, like the great athlete Lou Ferrigno, this weak man but who when they made him irritate by enchantment he transformed into the incredible Hulk, invincible, with those muscles no one could influence his way of being, or the great Arnold in Conan the Barbarian, with his mighty muscular strength against the forces of nature, and so on with Hercules, played by Steve Rees, and Stallone with Rambo, Rocky, etc…

These characters instilled in me a certain certainty a certain inner strength, which in my imaginary world made me invincible!

Despite this, I was not crazy about physical activity in the gym, on the contrary it was an abnormal fatigue for me. Why should I have made such an effort?

I spent the first three years in the gym, supervised by my parents who checked if I really attended or if, like at school, I was blind. I never liked being forced to do something I didn’t like doing! Like everyone else!

When my parents gave in to the categorical refusal that I wanted to go to the gym again, just then I began to get passionate about it! At about nineteen I reassessed it: after all, it was also pleasant.

I had done three years without seeing even a small muscle that could motivate me to continue, I had changed at least a hundred training schedules; so, I tried to analyze the reason for my failure.

My workouts were based on lifting weights and not on congesting the muscles; what does it mean? I concentrated too much on loading and I got tired (like a longshoreman), but the solution was much simpler: a little load was enough to squeeze every muscle district well.

But the truth is that it was enough for me to look well inside myself, I began to love myself, thus starting a long study of who I was as I was, what sensations did the training give me, what endorphins did my body produce to give me all that pleasure? and above all that security in me that I was looking for so much?

I looked like a fitness university student: with every single rep it seemed that I was thinking about who knows what; in reality, I was just connecting the brain to what I was doing.

In three months “exploded”: I got what I had never achieved in years, but above all I began to appreciate how important it was to know me…

At twenty I already weighed 76 kilos, a beast of muscles, now my friends defined me that way.

I no longer followed training schedules, I went on instinct, I performed exercises that gave me pleasure, exercises that calmed me and made the anger inside me like a supply of energy to be dosed when needed in the other activities that life offered me; he was so convinced to go deeper than what I was learning and I began to enroll in courses to become an instructor: by now I was really convinced and excited!

At the age of twenty-six I faced the first competition: I seemed, my trainer told me, “a big but smooth potato, without a minimum of definition”. In fact, I didn’t rank.

In addition to the physical, there was also a lack of harmony between body and mind in order to be able to express my potential on stage.

It was not just a matter of growing in the muscular structure, the real challenge at that point was also evolving in the way of thinking, of perceiving reality, of proposing my ideas about life to myself and to others. Something still did not make me credible the effort I was making. The physical commitment that had finally found an answer on a concrete level moved at that point on an emotional and psychological level. I needed to perceive the space I occupied, the movements with which I expressed myself, the contents that my mind and heart wanted to make public.

So, I spoke to a famous choreographer and dancer from Padua who called me “a piece of wood.” Yet, the more I compared myself to other athletes, the more I realized that my potential was exceptional: small joint joints emphasizing muscle roundness, perfect bisiliac to bisacromial axis ratio, height in the standard, just lacking a little muscle quality that I could only achieve with power; but alas, I liked to eat!

Years of sacrifices took years, but after being selected at the Olimpia Academy, where the best Italian athletes took part, I ranked third out of 120 athletes. I had spent a year preparing: there were no friends, disco nights or anything else; a year dedicated to preparing the most coveted and important competition in Italy for height-weight athletes. I won the Accademia trophy (with relative excellent prize money). I remember that before the race the tension was sky high: I have never been so nervous in my life!

As you all know, I did it: I won the title of NATIONAL OVERALL CHAMPION. We were 112 athletes, 22 in my overwhelmed category, and in the absolute, that is the first categories, I finished first, as a highlander: there will only be one left! I really felt like an immortal: an incredible feeling.

I remained at the top of my career for some time, but keeping my competitive commitment meant giving up too much of my private life, and so I decided to leave the world of competition, but remaining in the environment to transmit to other athletes or not, all my experiences. 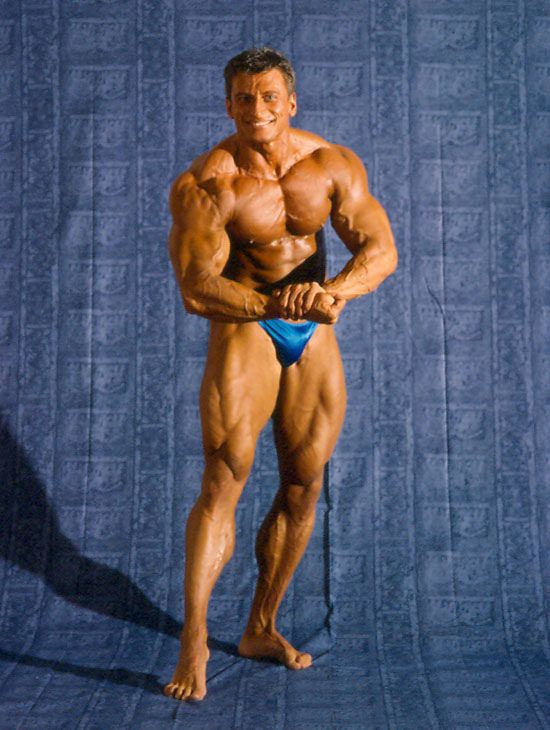 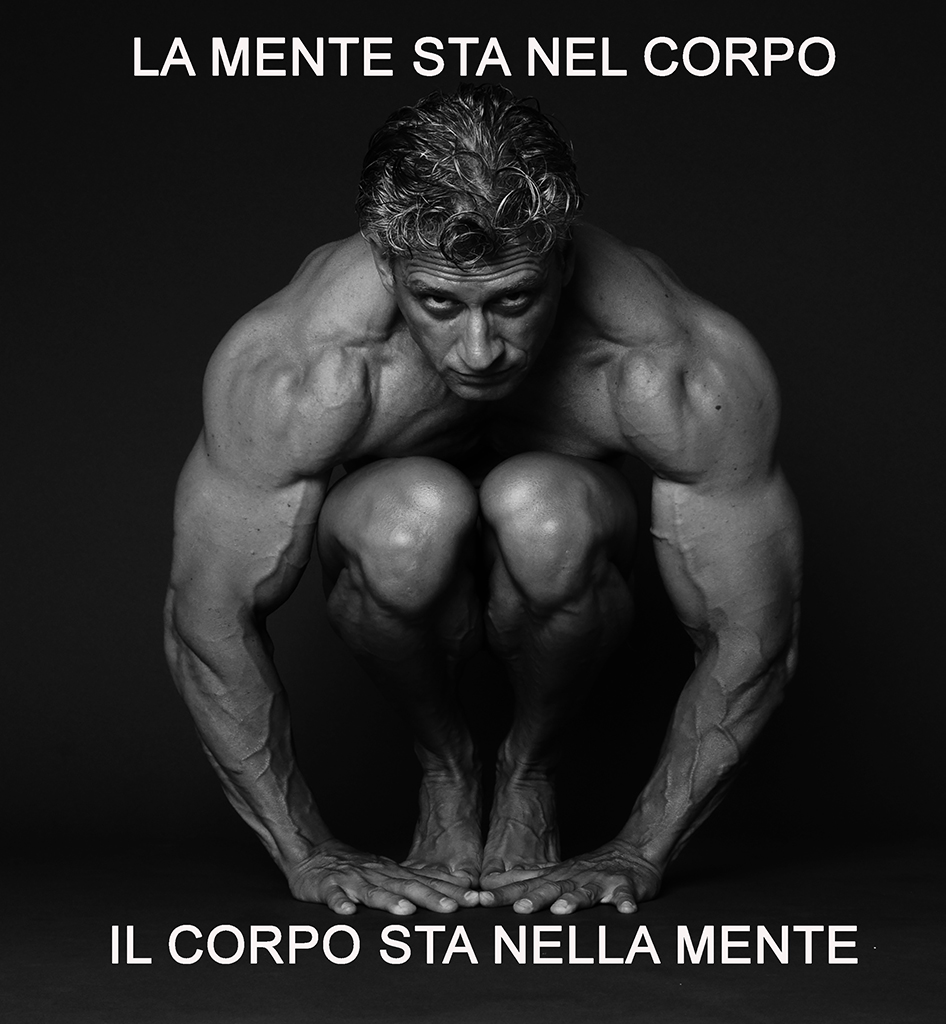